On July 20, Institute for Electronics and Information Technology in Tianjin, Tsinghua University (hereinafter referred to as “IEIT”) held the opening of serial activities for its fifth anniversary. Dong Jun, Chairman of THTI and also a partner of IEIT, was invited to attend the opening, and witnessed the epoch-making moment of IEIT from “Era 1.0” to “Era 2.0” with guests from government sectors at all levels of Tianjin, academia, industrial circle, investment community and institutions of higher education. IEIT, co-founded by the People’s Government of Binhai New Area and Tsinghua University, focuses on the engineering and industrialization of original electronic and information technologies, and has innovatively explored a set of innovation models to commercialize sci-tech technologies developed by institutions of higher education, which serves the development of regional economy and industries. On the site, Wang Guoliang, Director of Administrative Committee of Sino-Singapore Tianjin Eco-City, stated that IEIT has developed into the most influential sci-tech innovation platform in Tianjin, and the example of the cooperation between Tianjin and Tsinghua University; IEIT has also become a “well-established brand” of investment promotion and effectively attracted enormous talents and technological innovation factors for Eco-City, and Eco-City will strengthen the cooperation with IEIT to accelerate the industrialization of innovation achievements. You Zheng, Vice President of Tsinghua University, highly affirmed the achievements of IEIT during the past five years in the speech, and raised expectations for IEIT and other dispatched institutes of Tsinghua University, that is, such research institutions can serve local construction and university-based scientific researches, cultivate innovation and entrepreneurship talents, pay more attention to industries, strengthen exchanges and union with national departments, and solve “cutthroat” technologies of national economic development. Also, Mr. You hoped that Tianjin could offer more support and help for mutual cooperation, and Tsinghua University would like to and is prepared to contribute more wisdom and strength in the development of Tianjin. 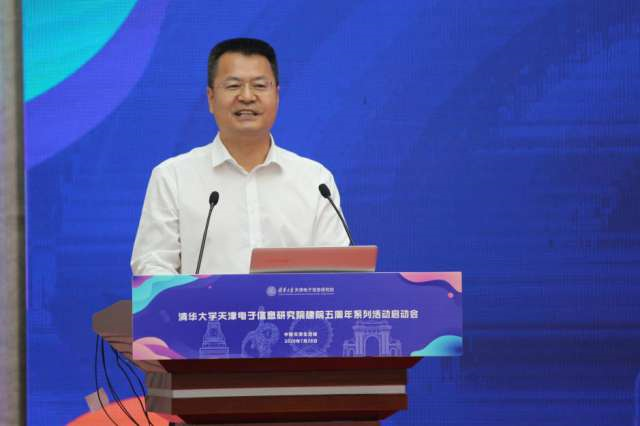 Wang Guoliang, Director of Administrative Committee of Sino-Singapore Tianjin Eco-City, made a speech 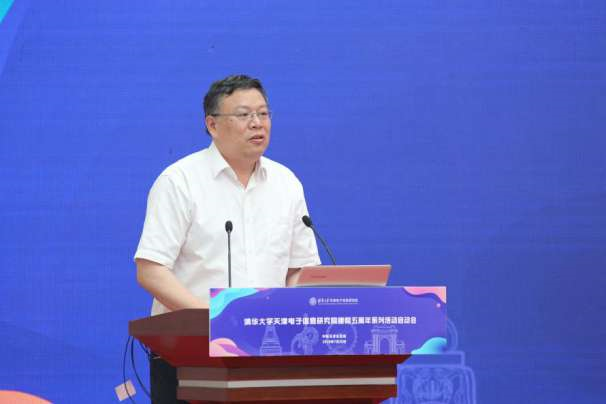 You Zheng, Vice President of Tsinghua University, made a speech

IEIT, since its establishment, has constructed three technological platforms, namely, the Comprehensive Electronic Test and Measure Center, the Innovation Center of Advanced Optoelectronic Chip, and the AI & Big Data Center. Supported by the talent resources of Tsinghua University, there are 26 chief scientists engaged in in-progress incubated projects; as of July, 2020, IEIT has totally explored 115 scientific innovation projects and approved 71 ones after analysis, including 10 projects which gained invested funds of over RMB130 million and 1 project which was acquired at the price of USD300 million; with 40 companies incorporated. New-generation leading IT enterprises, such as XILINX, Pi2star Technology Ltd., Tianjin H-Chip Technology Group Corporation, etc., emerged, injecting innovation vitality to regional economic development. In terms of its subsequent planning, Wang Yu, Head of Electronic Engineering Department, Tsinghua University and President of IEIT, pointed out that IEIT would convert from the existing scientific achievement transformation model to the technological innovation model driven by application demands, meaning that IEIT would make its future scientific research achievements be more in line with the development needs of entity enterprises and industries, and move forward from “science and technology” to “sci-tech enabling”. 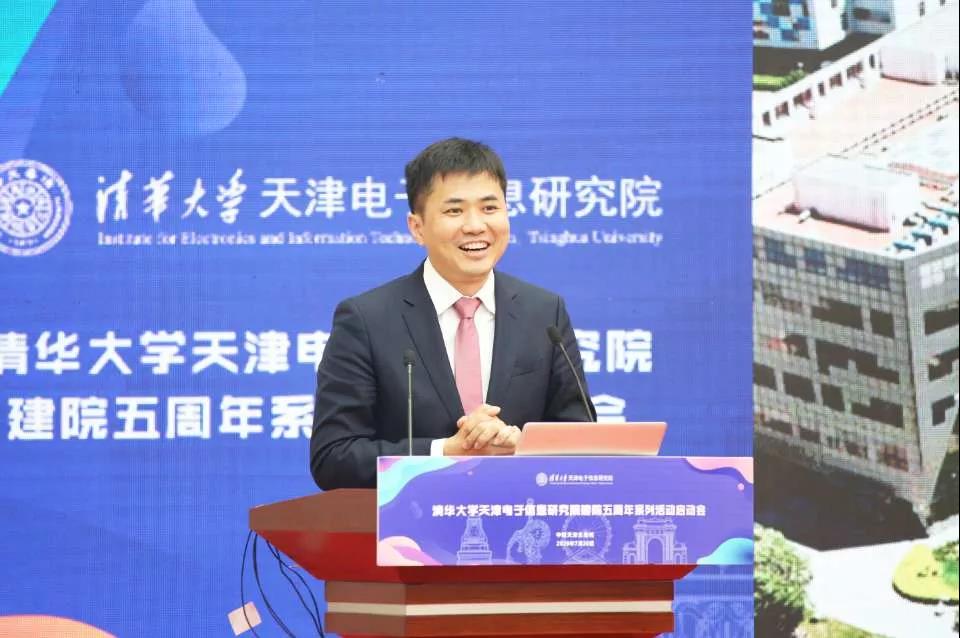 Since its inception in Tianjin five years ago, THTI has always been closely following Tsinghua University and IEIT, and done a lot in industrialization project implementation, spatial decoration, project investment and financing liaison, local resource expansion, etc., to fully support the development of IEIT in Sino-Singapore Tianjin Eco-City; THTI will remain playing an important role in the course of functional transformation of IEIT in the future. 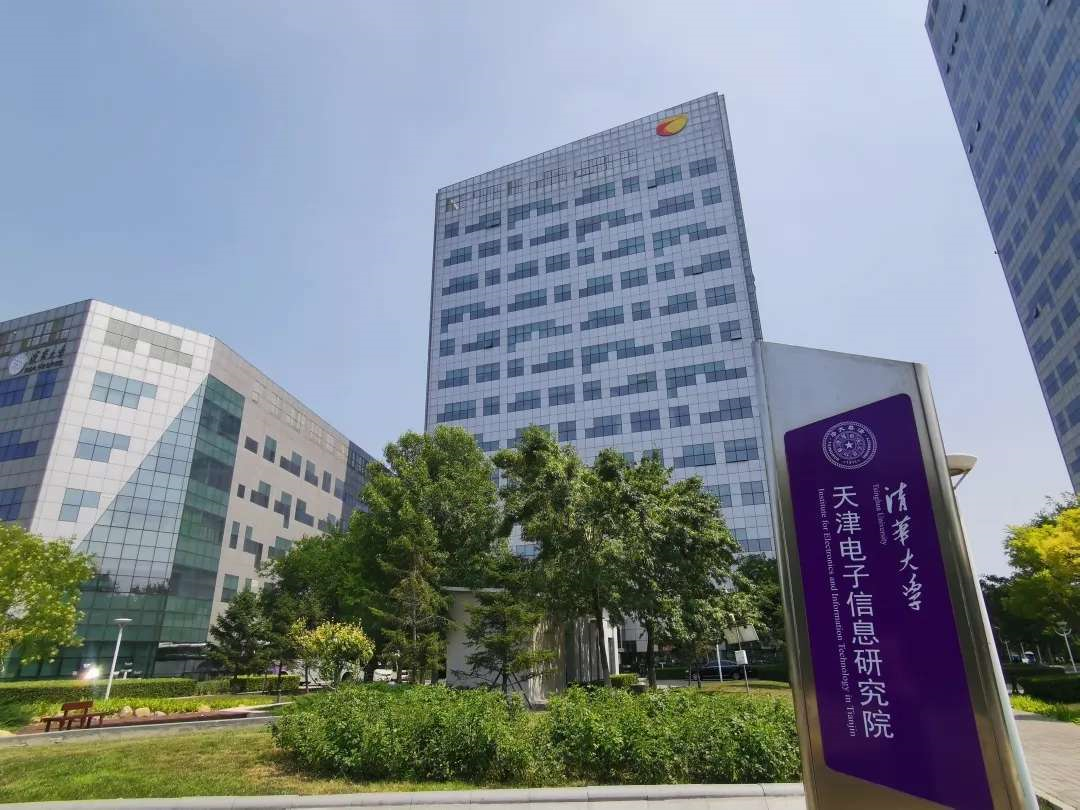 Institute for Electronics and Information Technology in Tianjin, Tsinghua University

THTI, through cooperating with experts and professors from prestigious universities, scientific research institutes, and key colleges and departments of institutions of higher education, constantly explores potential scientific research projects based on source resources of scientific and technological transformation, and has cumulatively helped hundreds of achievements realize industrialization. Meanwhile, THTI has constructed an intensive park network across China, and has had mature service experience in start-up incubation and accelerated growth of SMEs. Playing the role of communication between enterprises and the university, on one hand, THTI can keep up with the development and technology demands of enterprises in parks in a timely manner, and provide IEIT with reference directions of technological R&D, accelerating technological industrialization; on the other hand, scientific research achievements of IEIT can also be implemented via project incubation in parks owned by THTI. As a result, the cooperation between THTI and IEIT not only realizes the win-win situation, but also enhances the development of the regional industry, further boosting the development of the entire industry. 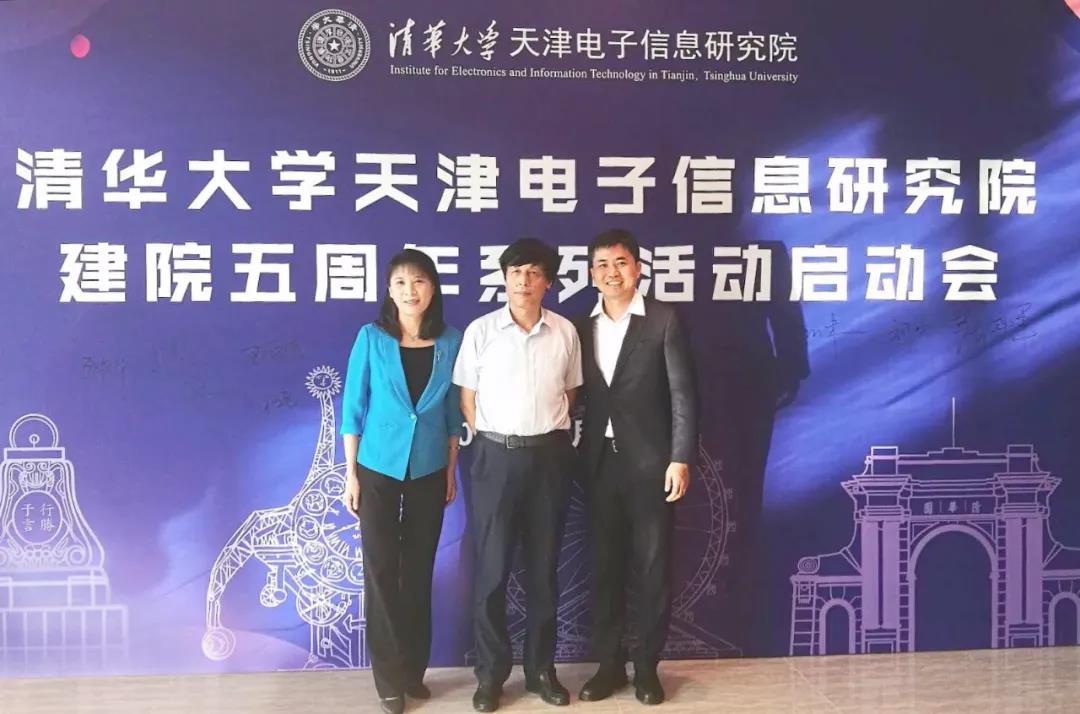 THTI will continue cooperating with IEIT with united strength, give full play to their respective strengths, and be jointly committed to enhancing the efficiency and quality of industrialization of scientific and technological achievements developed by institutions of higher education, build a “source” of regional technological innovation, “bridgehead” of opening and cooperation, “demonstration area” of achievement transformation and “high-end think tank” of sci-tech development.